TL;DR We are waiting for LCD displays to start manufacturing. Our supplier promised to deliver the displays in late September and as soon as we have them, we will kick off the mass production. All this due to the screen controller, which was in extremely short supply, so the LCD manufacturer was forced to make a new screen revision with a new controller.

The only thing that separates us from starting the mass production is the lack of components. This is a factor we have no control of, and the semiconductors crisis is to blame. We’ve covered it in depth in one of the previous blog posts. And while we wait, we’ve dug our noses into the firmware and mobile apps development.

We understand the backers' anxiety caused by the delay. We are highly stressed by this situation too and would like to address some of the most pressing questions in this FAQ.

When will I get my Flipper?

We will start mass production as soon as we get the LCD displays. It would be a lie to give you an exact date because the component delivery time was moved back several times already. If our supplier will follow through with their last promise, we will start manufacturing in October, and we’ll begin shipping closer to November.

But to be honest, from what we’ve experienced dealing with the component crisis so far, the situation is far from stable. We are constantly working on gathering all the available components and switching to alternatives when possible, but since we don’t have any significant control over it, all we can do is be as honest and transparent as possible.

Why not switch to another LCD Display?

The LCD display is one of the central Flipper parts, around which the rest of design is made. So if we switch to another LCD now, most of the electronical and mechanical engineering would have to be re-made. This can’t be done in one go, and it would throw us many steps back and postpone the shipping even more.

The best strategy now is to wait for the displays which were validated and tested. We already received samples of the new LCD and they are fully compatible with our current design.

What are you doing right now?

We’re focused on Flipper’s firmware, Android and iOS mobile apps, and on the firmware updater apps. The development team is independent of the manufacturing team, so we don’t compromise one for the other.

Is there anything I can do to help?

Unfortunately, no. Unless you have a few tens of thousands of LCDs laying around. The best thing to do right now is to keep calm, keep your fingers crossed, and wait for the displays to arrive.

For the Early Adopters

The Early Adopters knew that their devices could have a hardware flaw, and there was one: the NFC and Sub-GHz subsystems in these units had problems in antenna path and were working worse than designed. 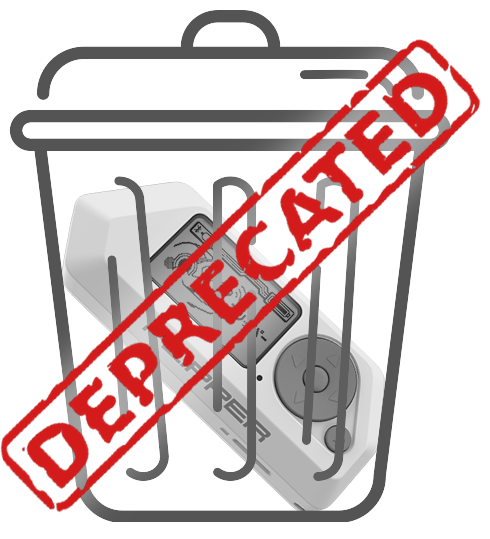 Flippers of the 10.F6B8C5 revision which were shipped to Early Adopters will be deprecated. There will be no further firmware updates after the deprecation. This is due to the changes in RFID 125 kHz hardware design. All Kickstarter backers will receive fully functional devices without these issues.

The firmware sources on Github are completely open now https://github.com/flipperdevices/flipperzero-firmware! They are licensed under the GPL 3.0. This means that other projects, including commercial ones, can use our code, but in this case their source code must be open as well.

⬇️ How to Update the Firmware

Firmware is constantly improved, so it's important to update frequently. You can get the latest firmware here: update.flipperzero.one. The firmware can be updated in two ways:

1. Using the WebUSB updater directly from the web browser. Supports Chrome and Edge.

2. Using the qFlipper utility — that's our desktop companion for Flipper Zero. It works on all platforms: Windows, Linux, and macOS.

Developers and Early Adopters can use the Dev firmware to test the newest features — it's auto-compiled after each commit to the master branch. This firmware doesn't undergo thorough testing and may be unstable.

We're using GitHub Issues for bug reports. Please, don't PM developers about the bugs! Check our current open issues and create a new one only if your bug is not mentioned there. Our team uses Jira tickets for development, so you won't see the team discussing bugs and fixes in the public bug reports.

Instructions for building the firmware can be found in the Readme. We use Docker to compile the firmware. The native IDE-like compiling, as in VS Code, for example, is not ready yet.

The firmware is a huge part of Flipper development, and not all features are implemented yet. We improve functionality, fix bugs, and add new features on the daily basis. Check out all those commits on GitHub!

✅  Saving to an SD-card
⚠️ Due to security concerns we are limiting the ability to save signals with  dynamic protocols. Only static codes can be saved.
✅  Generating new remotes from scratch
✅  Channel hopping in scan mode
🛠️  Adding new protocols
🛠️  FSK modulation is not implemented yet. Only OOK modulation is supported right now. This too is a work in progress
🛠️  A simple frequency analyzer is planned but not implemented yet

Part of the small initial batch was destroyed during reliability tests to ensure that design is long-lasting and reliable. Another part was sent to Early Adopters, and some of them made reviews.

The famous hardware hacker MG got our Dolphin:

The reviewer developed his own plugin and even tinkered a hardware module for it! This review is in Russian, but you can switch on the subtitles with an auto-translate feature, and everything will be clear.

Disclaimer! During the review, author had troubles reading RFID tags. It is important not to fiddle the card while reading, here is a demo:

One more review in Russian

We've attended the Zero Night conference in Saint Petersburg, where we showed Flipper and told about our development process and firmware architecture. Visitors could play with Flipper features using our test stand equipped with all kinds of RFID and Sub-GHz readers.

Many visitors took photos with our Flipper Zero samples. You can find all of them on Instagram (#flipperzeronights), and here are some of them: